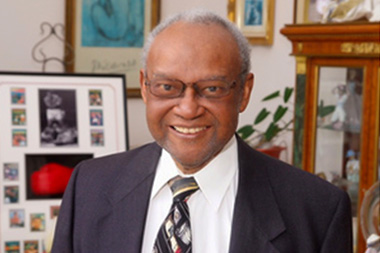 For more than 50 years, Ludlow B. Creary, M.D., M.P.H., F.A.A.F.P., has made it his life’s work to serve minority residents of Greater Los Angeles with improved healthcare.  In 1971, Dr. Creary and fellow physician Dr. George Jackson, Sr. spearheaded the opening of the historic West Adams Hospital, in the West Adams area of Los Angeles. The groundbreaking facility was the first of its size and scope to be owned and operated by black physicians in California providing over 1,000 jobs to the minority community.  During this same period, Dr. Creary was also involved in the creation of Martin Luther King, Jr. Hospital and assisted in the founding of a Specialty Board in Family Medicine.

For over two decades Dr. Creary was Professor and Chair, the Department of Family Medicine, succeeding Dr. David Satcher, our 16th U.S. Surgeon General.  During his tenure in the 1980s, he oversaw several new medical education programs, including the first Accreditation of the Department of Family Medicine, where he chaired the Professional Staff Association of MLK Jr. Hospital/Charles Drew Medical Center.  Dr. Creary and his team participated in the establishment of the Medex/Physician Assistant Program, now among the leading Programs in the nation.  The department, under his leadership, is credited for training hundreds of physician assistants and thousands of medical students and residents.

Ludlow B. Creary, M.D., M.P.H., a medical icon, now spends time in philanthropic service as Co-Founder / Chairman of the Drs. Ludlow and Ruth Creary Family Foundation and enjoys special events with his children and Grandchildren.  Dr. Creary earned his M.D. from Howard University, M.P.H. from the UCLA Fielding School of Public Health, and B.S. in chemistry and mathematics from Long Island University, Brooklyn.