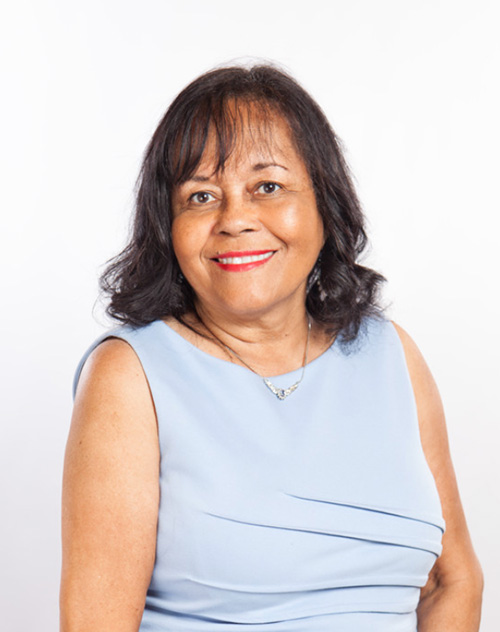 Ruth V. Creary, Ph.D. has made it her life’s work to serve minority residents in the areas of developmental disabilities, health and senior care, while contributing over 40 years of service. This extensive community and professional service has had a significant impact towards the improvement of lives within these undeserved neighborhoods of Los Angeles County.

Trained in Psychology and Mental Health Administration at the University of Illinois, Dr. Ruth Creary served for 12 years as the first full time Executive Director of the South-Central Los Angeles Regional Center for Developmental Disabilities, and was also, the Director of Residential Therapeutic Treatment Services at the Dubnoff Center for Child Development in North Hollywood for another 14 years. In 2008-09, as President of the Auxiliary to the National Medical Association, Inc., Ruth received awards for spearheading and providing exemplary Health Education Programs throughout the nation. Ruth has been the recipient of numerous other honors and awards; including Governmental awards from the State of California, Los Angeles City and County, the Outstanding Young Woman of America Award in 1980, Who’s Who in Professional and Executive Women in 1987, carried the U.S. Olympic Torch in January 2002, was the recipient of the Los Angeles County Commission for Women’s, Woman of the Year Award, in Education in 2015; National Coalition of 100 Black Women’s 2016 Who’s Who in the Community Award, the Lifetime Achievement Award from Special Needs Network in 2017 and he Lifetime Achievement Award from Special Needs Network in 2017 and the Legacy Award was presented by the National Medical Fellowships, Inc. in June, 2019.

Together, after her spouse, Dr. Ludlow Creary’s retirement from the County of Los Angeles, they purchased the first Visiting Angels’ senior in – home care franchise in the cities of Los Angeles and Beverly Hills. The motto of their company, (sold in 2018), was “The more we care, the more beautiful life becomes”. Ruth continues to volunteer her time in providing service through the Beverly Hills West Chapter of the Links, Inc, and the Auxiliary to the National Medical Association’s local Chapter, the Charles R. Drew Medical Auxiliary. She is also a faithful member of First A.M.E. Church of Los Angeles and the Ebell Club. Ruth’s other philanthropic work included these organizations: Commissioner – The Los Angeles County Commission for Women, Trustee – The Buckley School, and The Dubnoff Center, among others, and has resulted in tens of thousands of volunteer hours and has helped to raise over seventeen million dollars for programs in the greater Los Angeles area, over the last three decades. Giving back is so critical to her belief and the upbringing from her parents, Dorothy and Marvin Fisher. “My parents had six children, and they instilled in each of us from young children, the importance of two core values: helping others and giving back. It didn’t matter that we weren’t a rich family but we were rich in giving and helping others. She has been a tireless advocate in advancing programs for women, seniors, health care, students and individuals with special needs. Dr. Ruth V. Creary now spends time, with her husband, in philanthropic service as Co-Founder/ President/C.E.O. of the Drs. Ludlow and Ruth Creary Family Foundation and enjoys special events with her children and Grandchildren.

“My parents had six children and they instilled in each of us from young children the importance of helping others and giving back. It didn’t matter that we weren’t a rich family but we were rich in giving and helping others and that was something they instilled in me. And my mantra, even today Luke 12:48—to whom much was given of him, much will be expected. And that is really important to me.”